The Meek, Inheritors of the Earth 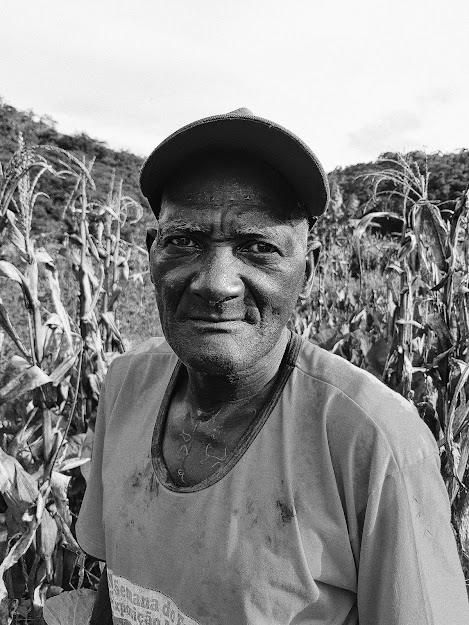 *Over the next several weeks, I will be reflecting on the beatitudes of Jesus.
~Blessed are the meek, for they shall inherit the earth~
The interesting thing about this beatitude is the promise Jesus makes to those who are meek. We know, for the most part, what it means to be meek. The meek person lives by a logic of gentleness. The meek person, no matter how serious the situation may be, never throws away their loving-kindness. [1] But Jesus says that the meek shall inherit the earth. What exactly does that mean? What are we saying when we say that the “people of the beatitudes” are the people who will become inheritors of the land?
Certainly Jesus’ promise has something to do with heaven. The meek, the gentle, are the kind of people who are inheritors of the “New Jerusalem.” But the Christian tradition has also insisted that, in this beatitude, Jesus is also talking about this world. There is a sense in which the meek are the true inheritors of this earth. What do we mean?
Let’s start by thinking of the opposite of meekness. I tend to think of the rise and fall of empires, of the coming and going of nations and dominions. There is, in the onward march of an invading army, the human attempt to possess the earth, to broaden the inheritance. This image of human strength ― to raise one’s flag over the earth ― stamps it with disharmony. In ancient times, most defeated populations were enslaved. Genghis Khan used to say that life’s greatest pleasure was in “vanquishing your enemies and robbing them of their wealth." When Caesar’s chariots pressed onward, he crushed and mangled the earth and its people. There was nothing gentle or meek about Caesar and his legions.
Throughout history “Caesar” has always tried to dominate the land, to insist the land is really his dominion. But Caesars come and Caesars go. And that is precisely the point. The true inheritors of the earth ― the true possessors of that land ― are not the imperialists who’ve pillaged for it. In time, the empires have all fallen away. “The ones who remain,” Joseph Ratzinger once said, “are the simple, the humble, who cultivate the land and continue sowing and harvesting in the midst of sorrows and joys.” [2] The land does not belong to Caesar. The land does not belong to any person of power, no matter how much they say so. The land belongs to God. And that land is the inheritance, Jesus says, of the poor in spirit and of the meek. It is the inheritance of those who, at this moment, have been disinherited. Indeed, the story of a land is the story of its people ― the generations who’ve lived and worked upon it ― not the story of its conquerors and rulers.
It is no different today. I used to tell my students that, in spite of what might appear to be the case on the news, the real drama is not occurring out on the center stage of the world. The real drama is not occurring on your social media feeds. The real drama is happening in your heart. The world, right now, is going through an extraordinary time. It matters, of course, how world leaders react. You need to care about all that. But the highest drama of all is not how the Caesars will respond. The real question is this: how are you going to respond? To this virus? To this cultural moment’s questions about race? Are you becoming wiser? More just? More meek? Are we going to become people who truly see those around us who are hurting? Not just the ones on TV, five-hundred miles away, but are we going to see the people who are actually in our lives ― the ones we call friends and family ― and endure some harshness each day? Do you yet see that there are real people in your life in pain? Are these tumultuous days an invitation to see your poor-in-spirit a little better? An invitation to cultivate the small patch of your inheritance of earth? An invitation to be meek?
---
~Anthony Rosselli (PhD cand., theology, University of Dayton) writes out of St. Luke and Ascension Parishes in Franklin County, Vermont. These columns are archived here.

Click here to subscribe to these reflections by email (Note: you must verify the confirmation email!)
---
Endnotes:
[1] See the reflections on "Holy Meekness" in Dietrich von Hildebrand's Transformation in Christ (San Francisco: Ignatius, 2001), 407.
[2] Joseph Ratzinger, Jesus of Nazareth: From the Baptism in the Jordan to the Transfiguration (San Francisco: Ignatius, 2007), 83.
Posted by Anthony J. Rosselli at 2:09 PM